In this article, we will learn about the most modern Groundwater Detectors and other Detection tools used for the Detection of Underground Water Today.

As we know, Water is a vital element for all life on Earth. These days, the Depletion of Freshwater is increasing, and also the search is started to find the Best Underground water detector nearby or in the Market, for Ground water detection for Borewell as well as shallow well. Before we start let me give a

Small Introduction About Us

As we know that groundwater is widely distributed beneath the earth, but its occurrence is confined to only certain geologic formations and structures. As the occurrence of groundwater cannot be seen from the earth’s surface, a variety of techniques are used to explore/investigate groundwater. In view of declining groundwater levels in different parts of the world, including India, Groundwater detection is increasingly becoming important in both urban and rural regions of a country, especially in developing countries. This lesson deals with the scale of Groundwater detection as well as an overview of surface methods and subsurface methods of groundwater exploration.

Excavations on the ground surface for in situ examinations of surface soil, rocks, or any other geologic formations.

Horizontal excavations help to drain water from mines and also serve as an entrance and ventilation. Mainly used for the exploration of rocks, and their structural features.

A device consists of a cylindrical probe with a cone-shaped tip and also different sensors in it.

It’s a Drilling device that consists of a rotating helical blade with an extendable steel rod and a handle. Auger, was driven into the ground to remove the drilled materials. It can be both hand-driven or power-driven. Cheapest and fastest method, but restricted only to soft unconsolidated formations. Depending on the geology, augers can be used up to a depth of 15 to 25 m. 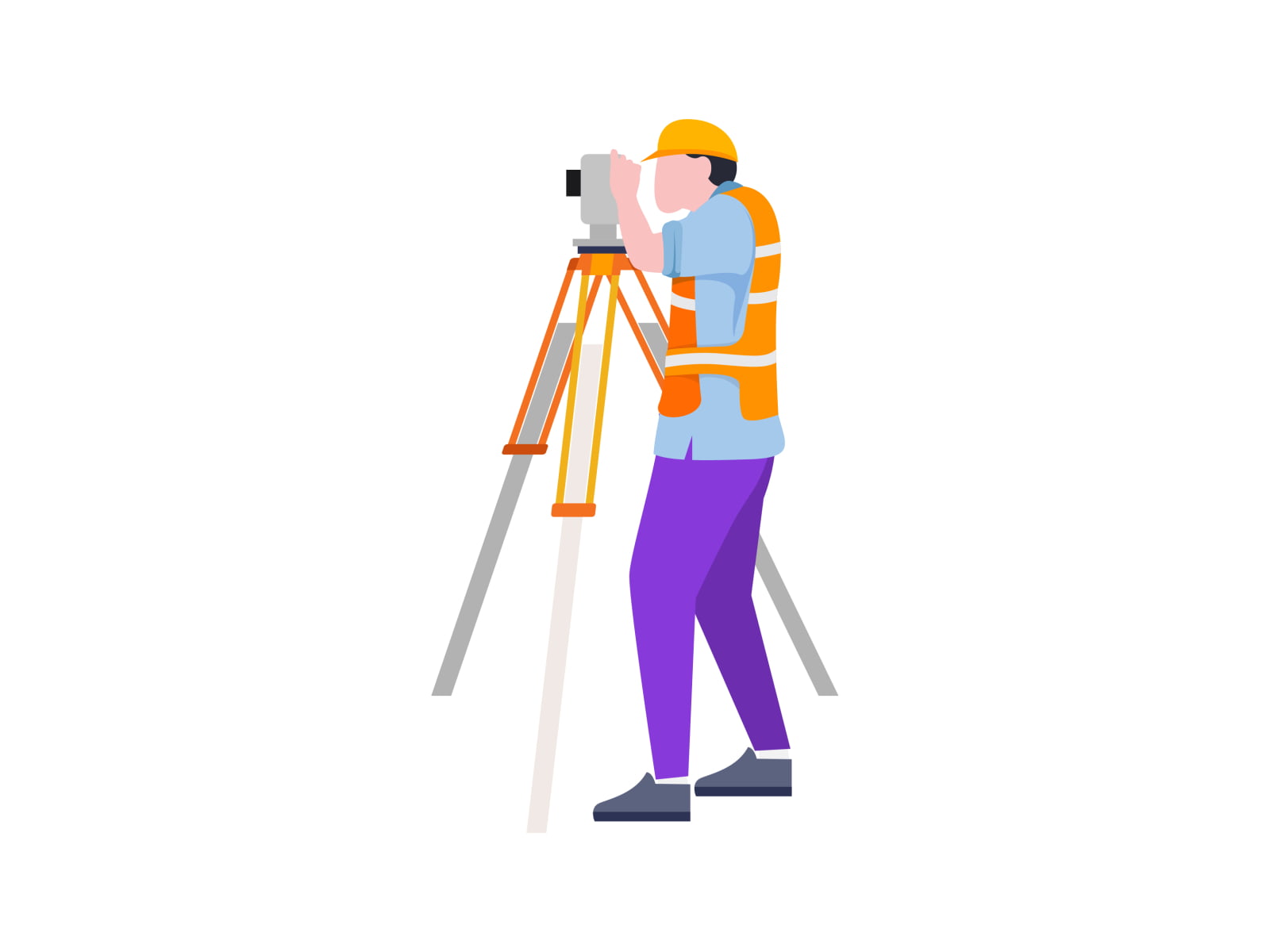 Scientific measurements of differences or anomalies of physical properties within the earth’s crust. The most commonly measured properties by the geophysical method include;  Electric resistivity, density, magnetism, and elasticity. Some geophysical methods can be briefly described in subsequent sub-sections.

This method involves the measurement of the direction, gradient, or intensity of the earth’s magnetic field. It uses a simple principle of balancing the force.

Remote sensing from aircraft or satellites helps in understanding subsurface water conditions. This offers many types of investigations about an area without causing any damage to the sites. Most commonly used techniques includes Satellite images and aerial photographs.

Most commonly used method for groundwater investigations. Electric resistivity of rock formation limits the current passing through by applying electric potential.The unit of resistivity – Is ohm-meter (W-m). The resistivity of rock formations varies depending on the material density, porosity, pore size and shape, water content, etc. Electric resistivity methods are based on the response of the earth to the flow of electrical current. In this method, an electric current introduces into the ground by two current electrodes, and the potential difference between two points is hence measured by using a potential electrode placed directly with respect to the current electrodes. The potential difference for unit current sent through the ground is a measure of the electrical resistance of the ground between the probes. The measured resistance results as a function of the geometrical configuration of the electrodes and the electrical parameter of the ground.

A detailed and comprehensive examination of groundwater and the conditions under which it occurs can be made by subsurface investigations only. In Subsurface investigations, the person operates the equipment through a borehole for direct access to subsurface formations. Various subsurface methods of groundwater detection can be classified into three major groups: (a) Test drilling, (b) Borehole sensing (sometimes it is also called ‘television logging’), and (c) Geophysical logging.

Various subsurface methods of groundwater exploration can be classified into three major groups:

A  type of divination employed to locate ground water, buried metals or ores, gemstones, oil, etc. without the use of a scientific apparatus.  Also known as divining (especially in water divining), doodle bugging water finding, or water witching.

A Y-shaped twig or rod, or two L-shaped ones—individually called a dowsing rod, divining rod, “vining rod”, or witching rod— used during dowsing, although some dowsers use other equipment or no equipment at all. The motion of such dowsing devices attributes to the ideomotor phenomenon, a psychological response where a subject makes motions unconsciously. But simply, dowsing rods respond to the user’s accidental or involuntary movements.

The scientific evidence shows that dowsing is no more effective than random chance, therefore, regarded as a pseudoscience. 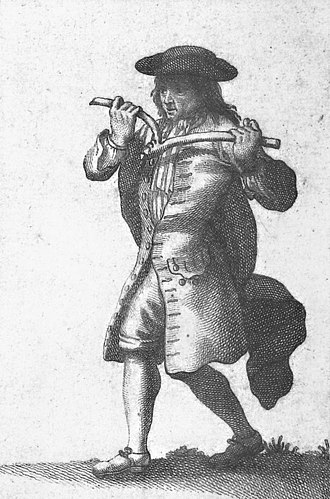 LONG RANGE SYSTEM- LPS:  professionally engineered advanced Long range locator, designed on a Magneto Impedance (Ml) technology to define site magnetic impedance difference in the prospection of a fault zone, and crafted continuously to measure the differences in the site from receiving a command to prepare the digital data which further track recorded to pinpoint a particular location for the selection of the well site.

LPS is the first scientific system that provides real-time magneto impedance difference data collected from the field via Host with special software for data collection, input operations, and also for report generation.

Depth calculation works on an inbuilt difference calculation system referring to various geological case studies conducted on different geological strata. Reporting- as per the fields measurements manual input of the depth variations, calculates and maximum 3 sources estimates in the report, the reporting combines the GPS coordinate of the specific location reported.  Clients can directly e-mail the report and can save data in the report folder.

3D Locators LPS updation is based upon various case studies in different parts of the world on varied geological conditions; the gain amplification setting, a part of case study influence and finally results in best data to determine the field differences. The uniqueness in LPS is the scientific field data which directly influences the prospection to ease the location target and also gives the real-time differences to decide confirmation in the fault zone. 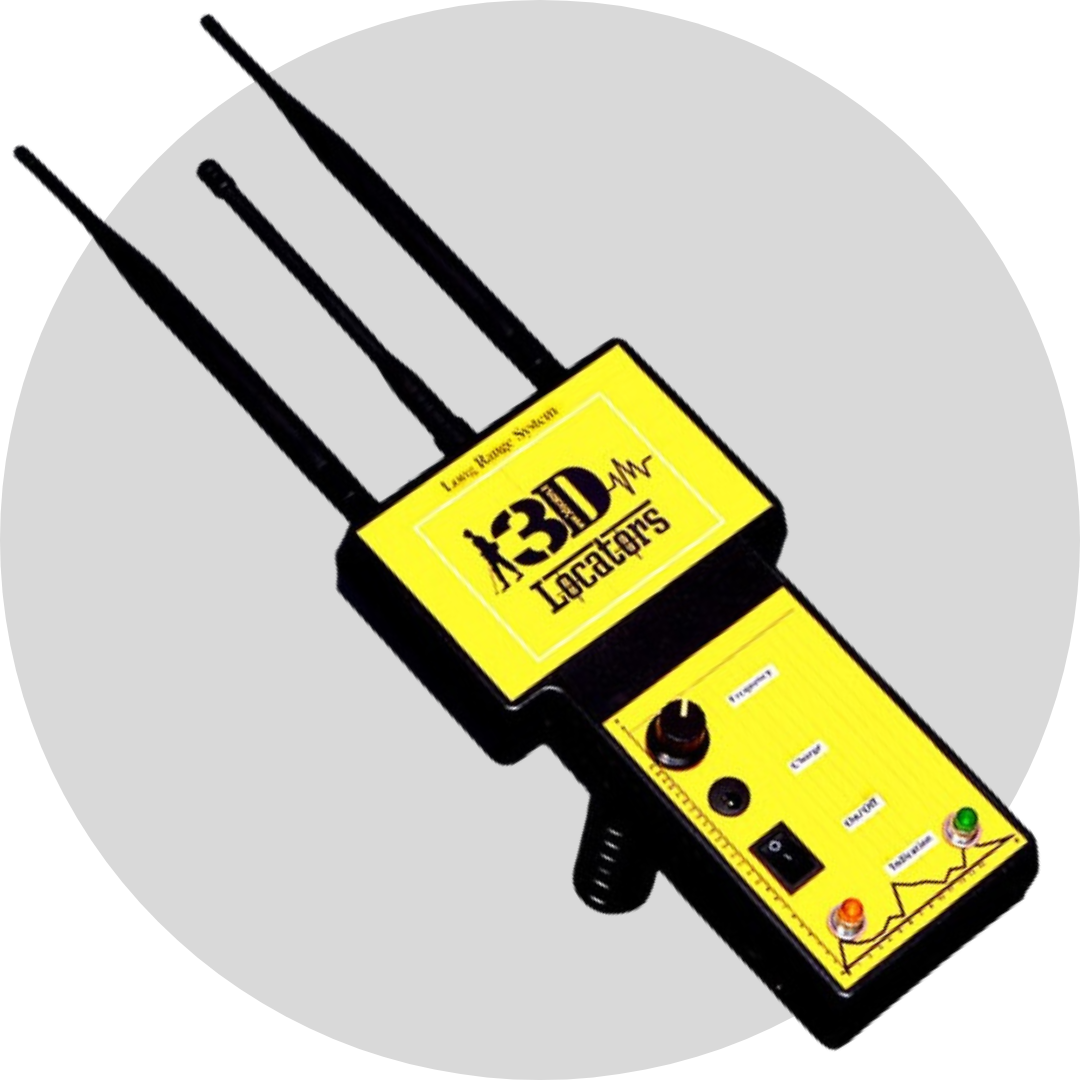 The latest device to detect underground water and artesian wells.

Freshwater Search system – Natural water search system – this version is characterized by several functions. You can choose the required range by adjusting the choices for the range of the device meters perpendicular.

After settings, the parameters and starting the process of detection:  the device then starts to send and receive special frequencies to detect the target type that you chose from the list.
When the device receives a signal, it then automatically tracks the signal toward the target and turns towards the target referred to by both sender and receiver antenna of the signal.
After, reaching the target center,  the device then wraps in a circular motion which means the device confirmed the target.
The depth of the device also reaches up to 1200 meters under the ground.

FRESH RESULT 1 SYSTEM, the device is one of the best German devices with  European CE certification according to international specifications in addition to the international ISO 9001 certificate.

PQWT automatic mapping water detector is based on the Earth’s electromagnetic field as well as the field source. Based on the difference in conductivity and by studying the variation law of the electric field components at different frequencies, to study the geological structure and changes, and also to find groundwater resources by scientific method.

Changes in the geological structure are displayed in real-time through multiple curves. Automatic form mapping geological profile by one key operate easily, get rid of complicated computer graphics. The site can quickly understand the geological structure through the automatic mapping curve and profile, and analyze specific information such as aquifers, fractures, faults, and caves. And also used in the rapid analysis of geological structure changes in different terrains such as plains, hills, mountains, plateaus,  and basins to determine well locations, aquifers, and aquifer depth.

2. Be suitable for different kinds of underground metal and non-metallic pressure piping, and also works on different soil like concrete land, and soft soil too.

4. Setting the function of both rough measurement and accurate measurement to lock the leaking point. 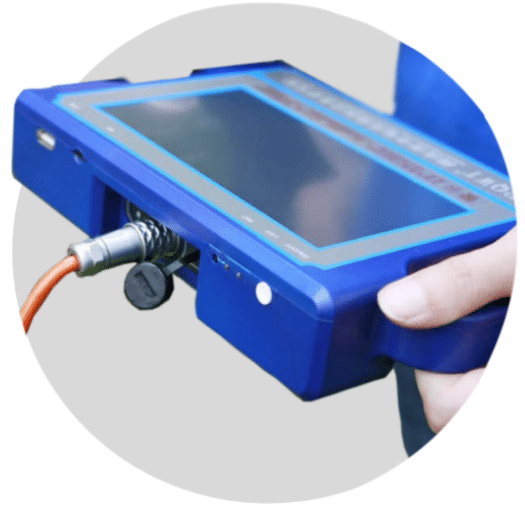 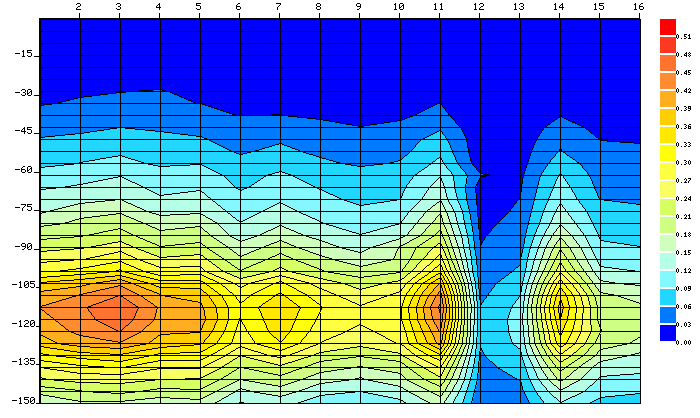 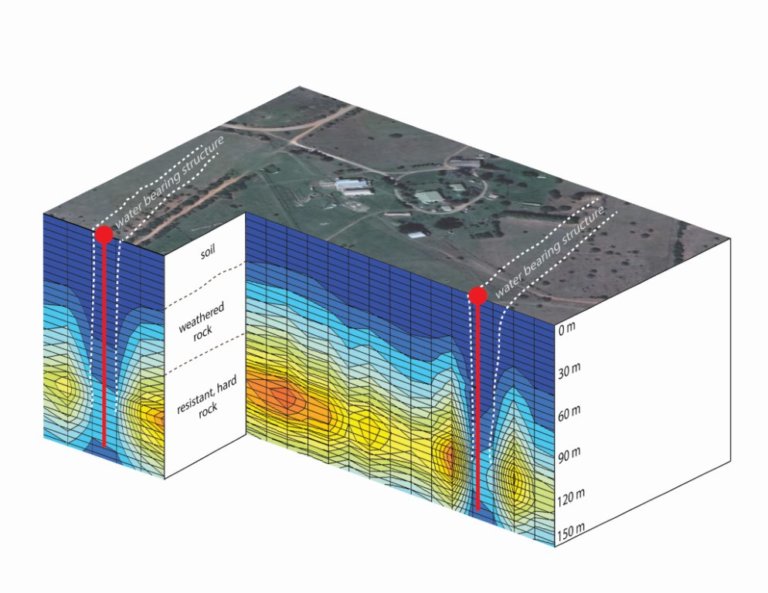 A Brief Intro About Us

Sahara Groundwater uses our Underground Water Detector Technologies to provide Important Services for Finding Groundwater in Kannur & All of Kerala.

PQWT is the Best Product Available in the market right now which can be used as a Perfect Geophysical system. In our Experience, We are getting 93% Of accurate Data from This Device Sometimes Water is Everything

Call Us before Digging 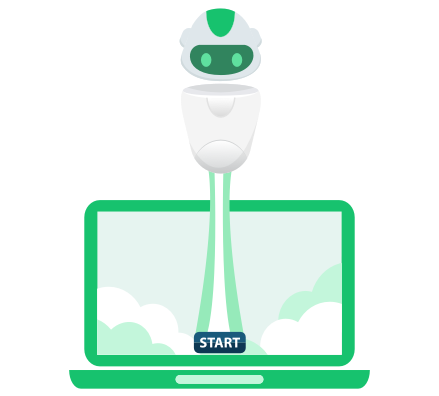 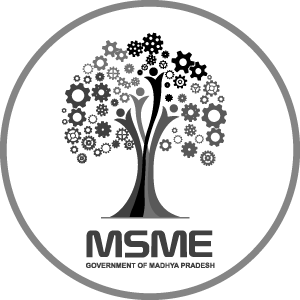 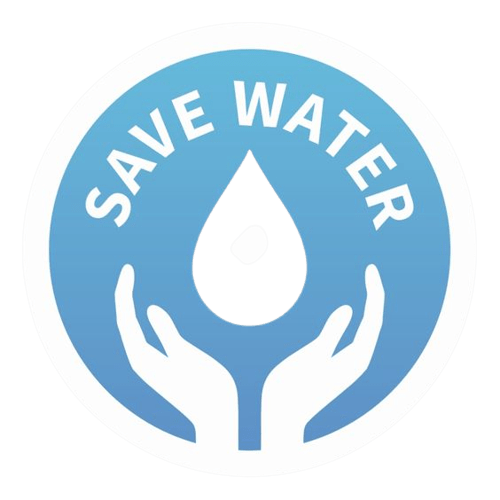 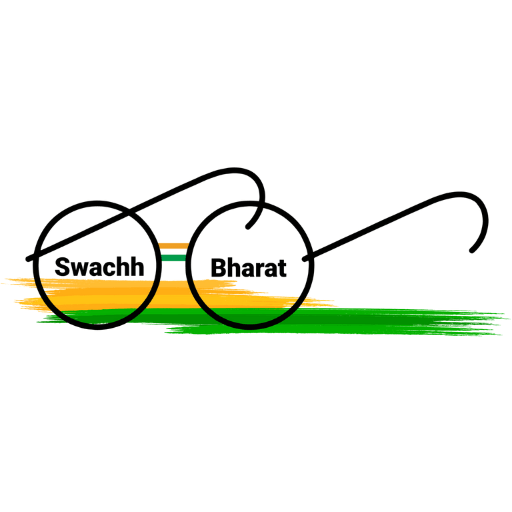